Posted on April 3, 2021 Categories: Education No comments yet

Kedleston Hall (www.nationaltrust.org.uk) in Derbyshire was the country estate of the Curzon family. The family name of Curzon is deeply rooted in Derbyshire but also known throughout the world as a result of Lord Curzon’s position as Viceroy of India. One part of the family collection that is on display at Kedleston Hall is in what is called the Eastern Museum where the collection of around 1300 objects includes approximately 400 objects that are of Islamic and Indo-Islamic origin. The majority of this collection was accumulated by Lord Curzon during tours of Asia in 1887, 1890 and 1894 and particularly from 1899 – 1905 when he served as Viceroy of India.

The Eastern Museum was arranged at Kedleston Hall during the 1920s but little was done in subsequent years to update its colonial presentation style or to interpret the collections in any meaningful way for contemporary audiences. The original Edwardian cases are crammed with fascinating and beautiful objects but the museum display can be overwhelming and confusing. 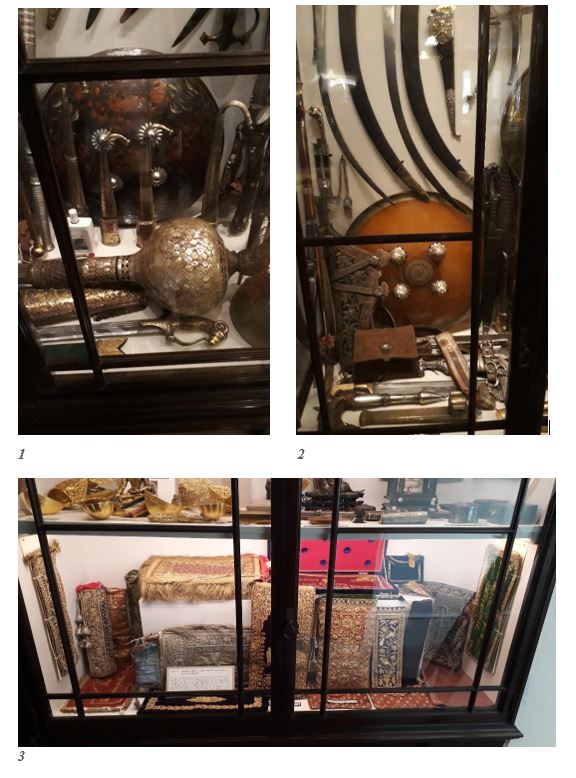 Display cases in the Eastern Museum (1-3). Photos: By the Author.

The National Trust is committed to widening audiences at Kedleston Hall particularly the local and diaspora communities in Derby who don’t currently visit or feel Kedleston Hall is for them. In pursuit of this objective Kedleston Hall developed a project supported by a grant from the Barakat Trust (www.barakat.org) to conduct specialist research into the cultural, religious and artistic significance of fifty Islamic artefacts including religious objects, arms and armour, domestic items, paintings and textiles

The aim is to develop the understanding and appreciation of the collection so that current audiences have the opportunity to reflect on the beauty and craftsmanship of the objects. This research will help change the understanding, display and interpretation of the Eastern Museum and inform a wider programme of activity at Kedleston Hall. It is hoped that this little-known collection will become more known to an international academic audience, providing opportunities for further, focused research. The research will enrich the knowledge of country house collections of Islamic art in the UK as well as shed light on little-known artistic traditions developed by the Mughals that remained important in 19th century India.

As the specialist researcher working on this project which is in its prelimiary stages of research, it has been fascinating to find the unexpected global connections between the people, countries and trade routes behind the objects. One such connection is in the lacquered shield below. 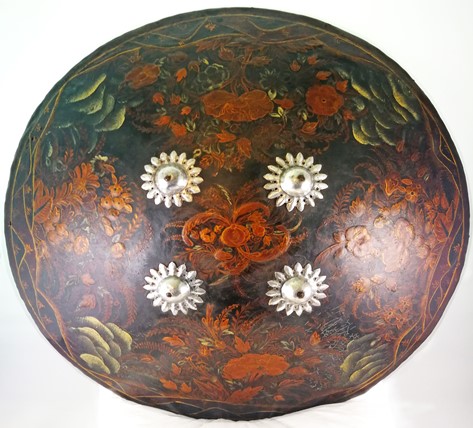 This round, convex Indian shield or Dhal came from Shahpur in Jaipur and is very similar in appearance to a Rajasthani shield held in the Royal Collections Trust (RCIN 37962). Already in the seventeenth century Indian shields made from animal hide were being exported to Japan and other East Asian countries for lacquering and ornamenting for re-export to either Europe or India by the Dutch and Portuguese. This style then seems to have filtered back to India and inspired local craftsmen. The workshop in India where it was made very likely took its inspiration from such Japanese and other East Asian exemplars.

The vibrant and colorful Indian scroll painting below shows the procession of H.H. The Maha Rao of Cutch, with his entourage of foot soldiers, musicians, horses, camels, palanquin. Ceremonial processions were a favorite theme for Kamangari scroll paintings. This particular scroll is a copy of the original in the Museum of Bhuj, capital of Cutch (modern Kachchh). Painted by Vadha Lalmamed Juma of Bhuj, possibly the most prominent artist from the Kamangari tradition of painting from Kachchh, a part of Gujrat in modern India. Kamangari painting is one of the lesser known art forms of Gujarat. The Kamangari painters belonged to the Muslim community and were originally involved in the making of arms as their name derives from Kaman or bow maker. These painters belonged to either of two groups; those who painted scrolls and horoscopes for the ruling class and the other painters who painted on the walls of havelies or mansions in Kachcch. Even today there are some famous exemplars of their wall paintings such as in the house of Captain MacMurdo at Anjar in India. There are famous scroll paintings by Kamangari artists held at Aina Mahal and Kachchh Museum at Bhuj, India. The tradition of Kamangari painting deteriorated with changing tastes and economic conditions in the 20th century. Many painters also immigrated to Pakistan post-partition as they were Muslims. 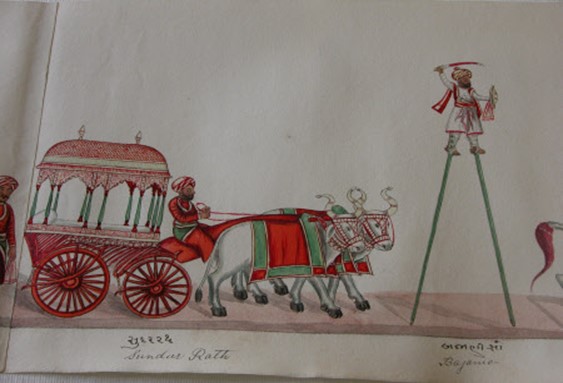 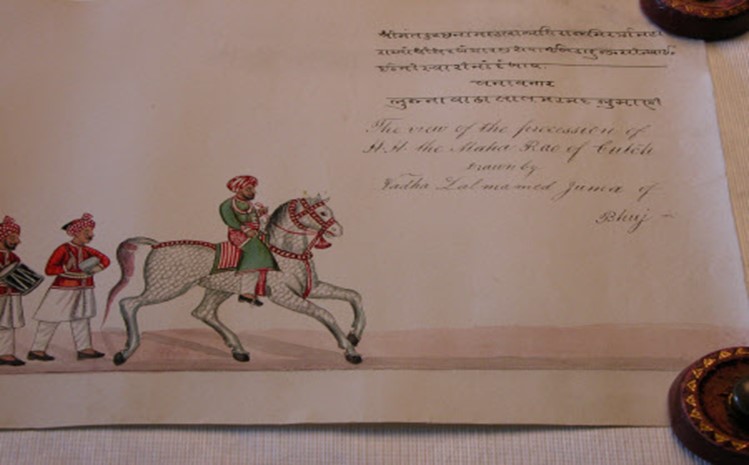 There are multiple voices that can speak for each object in this collection that can draw out hidden histories. One such example is of a Persian/Northern Indian set of seven sherbet spoons which connects a Middle Eastern tradition of sherbets that was taken to India by the Muslims and adopted and then adapted into Indian cuisine. This project is a start to uncovering these hidden stories and to give them a voice again.

Disclaimer: The views expressed in this blog post reflect that of the author and not of the National Trust/Kedleston Hall. 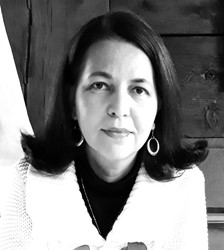 A Precious End to a Delightful Journey